Tesla’s CEO Elon Musk once again expressed interest in developing a highly efficient, next generation HVAC system that features an advanced HEPA filter. The American business magnate addressed the subject during Tesla’s annual shareholder meeting, in which he further hinted that the project may begin as soon as next year.

The subject was raised by an audience member, who asked Musk about his intentions for thermal management systems for homes.

“Oh, you mean home HVAC,” he replied. “That’s a pet project that I’d love to get going on — maybe we’ll start working on that next year. I just think you could really make a way better home HVAC system that’s really quiet and super energy efficient, has a way better filter for particles, and works very reliably.”

Musk first raised the prospect of a more efficient AC system about two years ago, discussing his ideas for a “Tesla Smart Home” on the Joe Rogan Experience podcast. Since then, he has suggested over Twitter that the company could take its experience building the all-electric Model Y SUV to develop an HVAC system. Musk hinted that the idea could build on the work done to develop a heat pump for the Model Y.

“Sure would love to do home hvac that’s quiet & efficient, with humidity control & HEPA filter,” Musk tweeted. Asked whether it would do cooling or heating, Musk replied “both.”

The CEO also tweeted about recycling some of the system’s byproducts.

“Could maybe tap the condensation for water too,” Musk wrote. “Seems odd that HVAC systems make pure, fresh water & just dump it on the ground.”

Research company The Freedonia Group believes that Tesla’s entrance into the HVAC industry has the potential to spur the competitive market, the same way it was partially responsible for the rapid growth in EVs in the US.

“Home HVAC systems are one of the biggest utility costs for a home owner, as well as being a major and often necessary investment,” says the The Freedonia Group’s Senior Capital Equipment Analyst, Kyle Peters.

“Efficiency is one of the main competitive factors among HVAC equipment suppliers, and it’s no surprise that most have embraced technological change to make their systems more efficient and more appealing to consumers.”

Freedonia says the announcement is likely to increase interest in HVAC and filtration systems, and provide impetus for additional product development. It also serves to remind that both the HVAC and filtration product industries offer companies numerous opportunities for years to come.

“As our understanding of air and water pollution continues to evolve, bolstered by a wave of new studies, and consumer awareness of filtration technologies grows, the use of these products will surge,” says Global Capital Equipment Analyst at The Freedonia Group, Gleb Mytko.

The Freedonia Group is a division of MarketResearch.com, an international industrial research company publishing more than 100 studies annually. More than 90 per cent of the industrial companies in the Fortune 500 use Freedonia Group research to help with their strategic planning.

Japanese firm Nidec has announced it will acquire Embraco, Whirpool Corporation’s compressor business, in a deal worth US$1,080 million. While Nidec has traditionally been known as a major manufacturer of electric motors, it has recently added compressors to its product portfolio, first with the purchase of the Secop Group in 2017, and now with the acquisition […]

A new report commissioned by Refrigerants Australia has mapped out the laws that govern the use of flammable refrigerants in this country. It also highlights key themes and gaps within the regulatory landscape. The report, written by Bronwyn Weir and Krista Weymouth, reveals a complicated patchwork of regulations. There is no one set of laws […]

The Global Cooling Prize is a global competition designed to spur development of a radically more energy efficient cooling technology. The competition was developed by the Rocky Mountain Institute (RMI), a Colorado-based sustainability research and consulting organisation with a special focus on profitable innovations for energy and resource efficiency. It aims to combat the critical […] 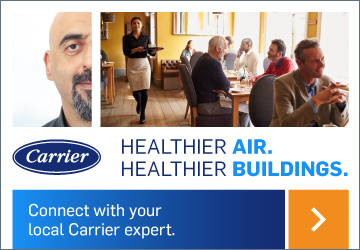 Start your HVAC&R Search (via our partner page)